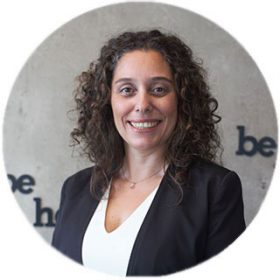 Obviously, someone misunderstood certain issues. If not, what about all those managers around? We would see more “real” managers with the required skills if this wasn’t the case.

Let me start from the beginning. For years, I conduct research on employee engagement and motivation for the companies. In many of those companies, “career opportunities” is one of the primary areas to be improved. But the satisfaction levels in this subject drops more and more every year and the current data indicates that 43% of the white collar employees are dissatisfied about career opportunities. And its impact on commitment and motivation is in top three. Moreover, recognition appears as a priority improvement area as well. 57% of the employees report to be dissatisfied in this area. Maybe you won’t believe it but these dissatisfaction rates are higher than the dissatisfaction regarding the wages and social benefits.

Mentioning career opportunities brings to mind subjects such as whether the employees believe they will have the opportunity to move up in their companies, whether they have someone to guide them on their career journeys, whether they are empowered or delegated responsibilities as they improve themselves technically and professionally or not. And for recognition culture, we may think about subjects such as the recognition, appreciation, acknowledgment and sharing of significant achievements and/or efforts. These two improvement areas are closely related to one another. When we meet face to face with the employees or when we get the chance to conduct root cause analysis, we witness that most consider promotion as a part of the recognition culture. For example, a white collar employee makes the following comment about recognition: “Employees should be rewarded with an absolute title progress upon their experiences and achievements.” Things sooner or later end up with picking up a title. This issue is raised so much that the managers of these employees begin to believe that the only way to make these employees happy is to promote them. They go off on a tangent by saying that the low division scores revealed at the end of the survey is not something that they can solve since they are not given the opportunity to promote their employees.

If the top management also believes promotion is the only way, they decide on the happiness and satisfaction of their employees and the promotions to manager title come one after another. In fact, I had once seen a company where half of the employees were managers and the other half were workers. So, I asked how it happened. They said ‘suddenly’ J I mean a collective promotion like a collective wedding. The interesting thing is that when you look at the scores of the promoted group, they seem unhappier than those who weren’t promoted. And in the root cause analysis, they say that being a manager is not a privilege, everyone is a manager, and they don’t feel successful. When the manager title does not do it either, they go on and invent other titles such as the director, the coordinator, the group leader etc. Before the employees themselves are yet ready, they get those huge titles.

Then you have a presentation or a meeting, and there stands before you those people titled ‘Director’. Normally these people don’t have a command of their own department, they have communication issues and can’t understand the expectations and concerns of their own teams, and a result, they don’t take responsibility about the problems, preferring to put the blame on something else. Thus, I referred to not being a “real manager” in the beginning of this article. While they were not ready for this responsibility, they suddenly end up holding it. How can you expect them to manage their teams, their business and seek solutions for the issues in a collaborative manner?

Of course, there is the other side of the coin, too. We should also understand why they are promoted. You know the economy in Turkey; the inflation values are obvious, so it is not possible to live like you dream with the current wages while we are still discussing the hunger threshold, the poverty threshold etc. Every year, the purchasing strength of our pay decreases. If you are not promoted, your pay raise is so little that you are forced to give up more of your needs and desires every year. You know that a good increase in salary is not likely in any way other than getting promoted; this is the ready made answer at every door you knock. In the end, career development stops being a motivation tool and turns into an essential hygiene factor as described in Herzberg’s theory.

So, I am ending my article with my humble advices:

Measure the expectations of the employees well. The most talked about topics may not necessarily reflect their priorities and it is just the tip of the iceberg. Try to understand the larger mass underneath.

Define the promotion criteria in specific details. If it is an easily accessible path, it will not bring satisfaction.

Avoid such a myth that the promotion is the only way to fulfill employee expectations. Empowering them and assigning responsibilities, and a package offered in return may also address their expectations.

For your future managers, offer relevant development opportunities and training; take all the actions to prepare them for the position.

Remember to take the opinions of different sides, so that you can be objective while evaluating the manager candidates.

Ensure that your managers focus on their team members as much as the business.